There will be eight events as part of the full schedule this year, ranging from buy-ins of $330 to $5000. The $330 No Limit Hold’em Opening Event is always popular, often selling out in the early flights. There are also satellites now running where one in ten players will win a seat into the main event when playing in qualifying satellite events.

The tournament series will begin on Tuesday, July 28 with the $330 No Limit Hold’em Opening Event and culminate on Monday, August 10 with the final table of the $3000 Main Event. It’s poised to be an exciting series in the new home for poker at The Star, with the relocation to Lucky Lounge area occurring in May this year. Players should enjoy the serenity compared with the Rock Lily location of the past few years.

Consistently solid fields have been generated in recent times across the three major series held at The Star – ANZPT Sydney, Sydney Championships and the Star Poker Summer Series. Last year’s Sydney Championships Main Event saw 235 players enter and after four days of play and some 27 levels, Martin Kozlov was crowned Champion for over $170,000.

PokerMedia Australia is proud to enter the fifth year of our association with Star Poker and the eleventh running of the PMA Special Event. Once again our $1100 No Limit Hold’em Event will be a six-handed affair but also include one re-entry opportunity. We’re hoping to again have a field in the vicinity of 120 players. Our live reporting team will be on hand and will also be covering the Main Event. 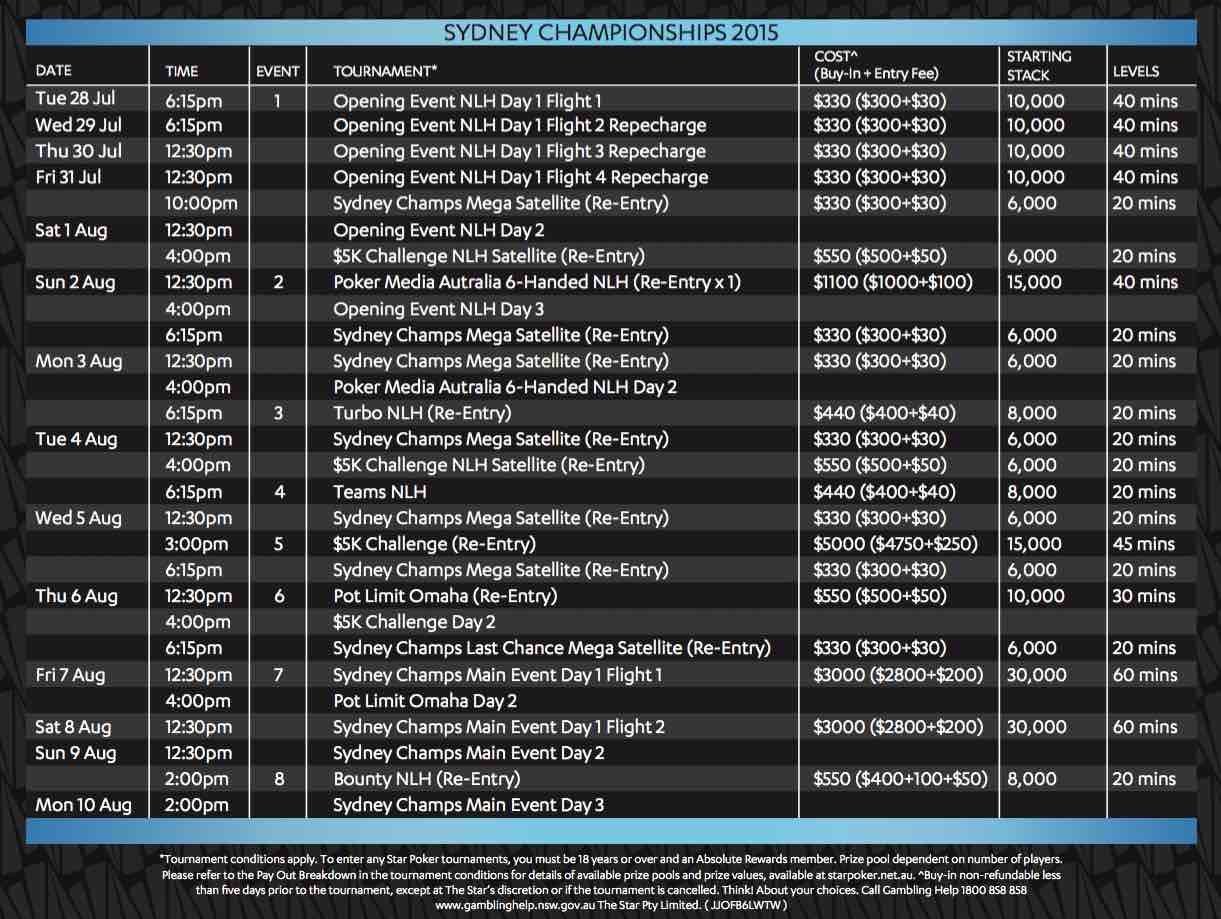