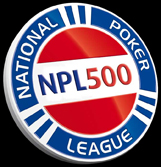 Teng, a qualifier from Marrickville, lingered around the top stacks for much of the event but had to overcome a rollercoaster ride at the final table.

At one stage he was down to just 200,000 in chips seven-handed and he faced a 4:1 chip deficit in heads-up play against 2011 Sydney Champs Main Event winner Errolyn Strang but gradually clawed his way back and after taking the chip lead in a big pre-flop confrontation holding A-K against J-9 he finished the job soon afterwards.

Teng becomes the third NPL500 champion and will be listed as the winner of a prize package valued at $200,000 including $102,000 in cash, an Audi A4 2.0L TFSI S-Line and a $3000 NPLWT Manila ticket for his efforts. It’s believed a deal was cut when play reached five-handed.

Early on Saturday morning, the field took their seats alongside some of Australasian poker’s biggest names including Brendon Rubie, Bryan Huang, Grant Levy, Daniel Neilson, Aaron Benton, Jesse McKenzie and Dave Allan but the vast majority were simply NPL regulars who had won their way through to what for many was the biggest tournament they had ever played.

Sadly, for most the dream came to an early end with just 54 making it through to day two with Cameron Russell a narrow chip leader over Ashleigh Quach while Teng lay poised just outside the top 10. The final table started with Queenslander Sarah Singleton holding a narrow lead over a tight pack with Laurence Hall and Saul Kari close behind.

The final table started in sensational circumstances when Strang shoved from early position and Ruiz announced call from the small blind – unaware that Strang had shoved before him. When he realised his error his head sunk into his hands as he sheepishly turned over 5-8. His cards were live against Strang’s A-K but the 7-A-K-7-3 board ended his run.

Gillespie departed in ninth when his jacks started and stayed behind the pocket queens of Kari before Singleton departed after losing two pivotal hands, the first with A-K against Chan’s Q-5 which improved to a full house!

After Hall and Chan were sent to the rail, the five remaining players had a long discussion before deciding on a deal, soon after which Kari was KOed in fifth. Strang continued her strong run in claiming the scalps of Kelty and Tupua to lead Teng almost 2:1 when the heads-up battle started.

After stretching her lead to almost 4:1, Strang was left short after she open-shipped J-9 and ran into Teng’s A-K, then shoved in the rest of her chips with 7-9 on a J-4-6 flop. Teng called holding 8-6 and after a nervous sweat as the 2 and 8 were dealt he yelled in triumph as his friends rushed to embrace him.

The unique nature of the event made for a wonderfully relaxed and friendly environment at the tables – even as the tournament reached its conclusion in the wee hours of Monday morning. Congratulations to Victor on his win and all at the NPL and The Star on a magnificent event.

NPL500: Quach socks it to the field on day one