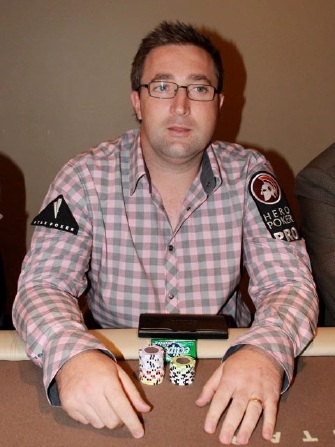 Two of Australia’s most prolific and well-respected players put a full stop on the 2012 ANZPT schedule with victory in the final two events on the schedule.

Many poker players are lucky to win a single tournament in their career, but Peter Aristidou’s win in the $220 NLH Turbo event took his tally of wins in major series well into double figures.

After placing runner-up in the Teams Event with Toan Nguyen, Aristidou went one better in the Turbo to defeat Adam Cosgrave and claim the first prize of $6435.

WA’s Dale Marsland added a third here to his fifth in the Six-handed event while Alan Bustany collected his second cash of the series with 10th) he was fourth in the Semi-Shootout).

Then as the Main Event was entering its final stages, some of Australia’s biggest names (along with WSOP bracelet winner Dan djk123 Kelly from the US) took their seats to contest the $5000 buy-in NLHE Challenge. The field also featured Star Poker ambassadors Grant Levy, Brendon Rubie and Daniel Neilson along with 2011 WSOPE bracelet winner Andrew Hinrichsen.

After a long night, Levy (who finished runner-up to Jonathan Karamalikis in this event two years ago) emerged victorious over the field of 23 to add another title to his already decorated poker CV. It’s the second time Levy has captured a High Stakes title on the ANZPT after taking out the Adelaide title in 2010.

That wraps-up the 2012 ANZPT Sydney tournament series. Next up at The Star are the Sydney Poker Championships (August 1-12) followed by the second edition of the Star Poker Summer Series (November 28-December 9).

Solid numbers and quality line-ups continue to be the story of the 2012 ANZPT Sydney preliminary schedule as evidenced by the field for the $440 No Limit Hold’em Semi-Shootout event. A total of 78 players […]

ANZPT Sydney is off to a massive start with players packing into Star Poker for the first two flights of the $330 Opening Event over the past two nights. Flight one attracted a capacity field […]